Stay Up To Date!

DUI Arrests Are Up 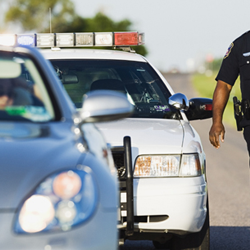 It’s a story heard a lot these days. Alcohol-related arrests of drivers operating a car under the influence is skyrocketing in many places.

The latest statistics come on the heels a fatal crash on Highway 401 in Whitby that claimed the life of a 51-year-old man. A 31-year-old North York man is facing impaired driving charges. Also, the number of crashes this year is up significantly over last year. Police said 29 people died on OPP-patrolled roads from Jan.1 to Feb. 2, compared to 21 in January of 2014—an increase of 38%.

The OPP’s Highway Safety Division said officers will continue to crack down on what they call “the Big 4″ — impaired driving, distracted driving, aggressive driving and people not wearing their seatbelts.

Data from Canada from 1986 to 2011 shows the vast majority of those charged with drinking and driving are male. In 2011, there were 90,277 impaired driving incidents with 82.4% charged being males and 19.6% females. However, there’s been a steady increase in impaired female drivers since the 1980s, while the number of impaired male drivers has decreased slightly. Numbers from 2011 also show the highest impaired driving rates occurred within the 20-to-24 age group. The rates decrease with increasing age.